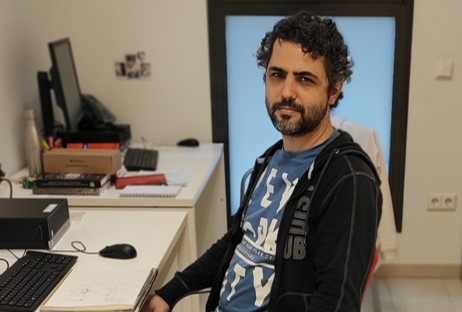 Dr. Jorge A. Budagosky has obtained his Diploma in Advanced Studies in Physics from the University of Valencia, defending his PhD at this University in 2011 with the title “Effect of strain in the structural, electronic and optical properties of self-assembled GaN/AlN quantum dots”.

In 2011 he started his postdoc at the University of Antwerp (Belgium) working in 2Optical properties of semiconductor quantum dots and quantum wires with complex shapes under moderate and strong external magnetic fields”. After this period (2013), he moved to the Institute for Biocomputation and Physics of Complex Systems at the University of Zaragoza, to work in “Time dynamics and control in nanostructures for magnetic recording and energy applications”. In 2016 he continued his research in computational physics at the Donostia International Physics Center in San Sebastián-Donostia, working in Theoretical Spectroscopy and on the “Development of efficient ab-initio computational methods for the calculation of the response function of realistic crystals.”